The Global Infrastructure Programme (GIP) aims to improve the provision of sustainable and resilient infrastructure as a critical enabler for economic development in middle income countries. It will help to address the global infrastructure investment gap; despite there being significant funds available, it is estimated that there is a shortfall of $3.7 trillion a year. 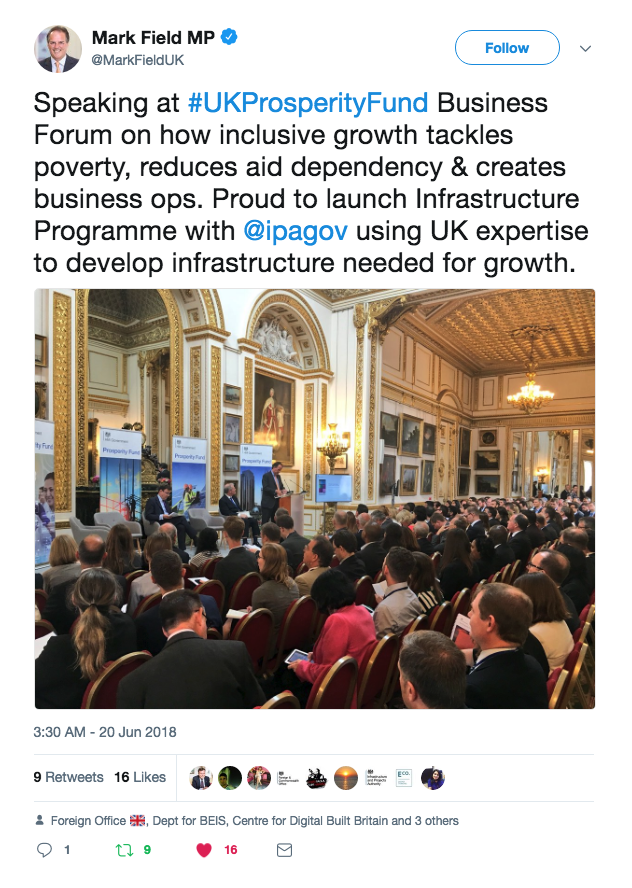 Facilitated by the Prosperity Fund which aims to reduce poverty across the world by removing barriers to economic growth, the GIP works with partner countries to expand their use of three leading infrastructure project planning, preparation and delivery methodologies:

The Programme in action

This work led to the signing of memorandums of understanding with government authorities in all three countries, providing an important platform to continue the work of the GIP.

On 12 June 2018, British Ambassador to Colombia, Peter Tibber and Head of International at IPA, James Ballingall signed a memorandum of understanding with the President of Financiera de Desarrollo Nacional - Colombia, Clemente del Valle Borraez to formally allow the programme to enter its in-country delivery phase in Colombia. 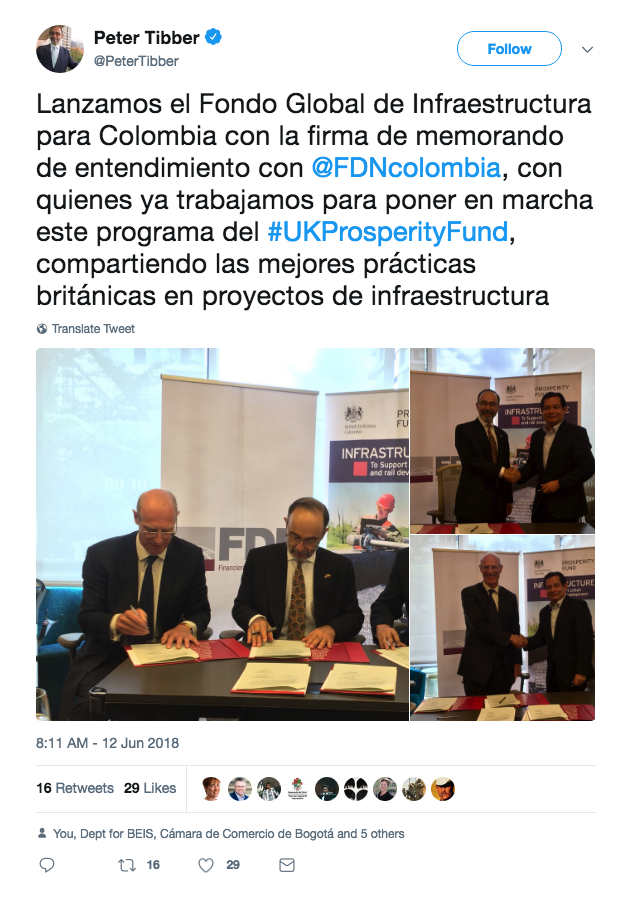 On 3 July 2018 British Ambassador to Indonesia, Moazzam Malik and CEO of IPA, Tony Meggs signed a memorandum of understanding with the Deputy of Infrastructure - BAPPENAS, Wismana Adi Suryabrata, to formally agree common goals and begin the delivery phase. 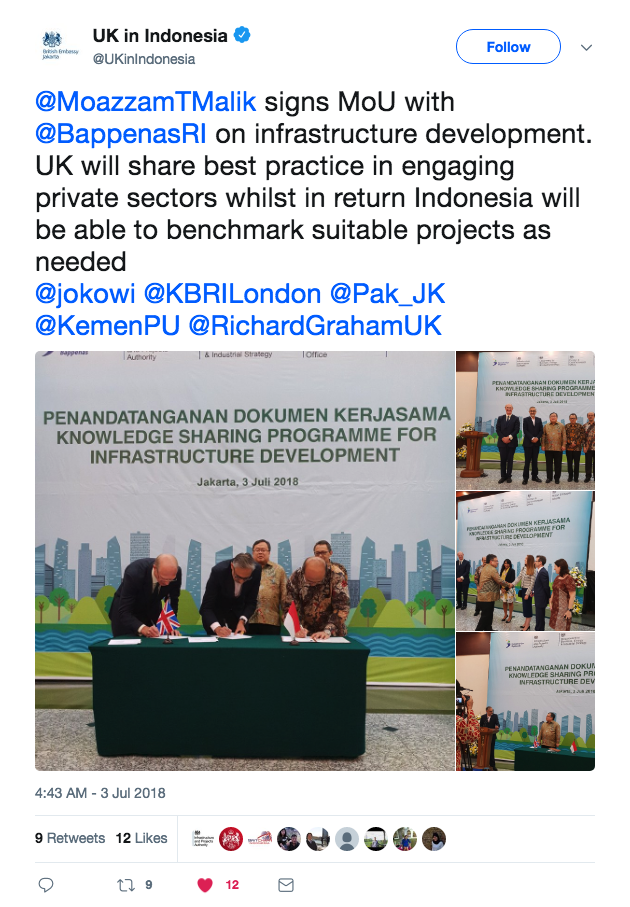 On 05 July 2018 Stephen Lysaght, Chargé d'Affaires of British Embassy Hanoi, witnessed by  Baroness Fairhead, Minister of State for Trade and Export Promotion at the Department for International Trade, signed a memorandum of understanding with Nguyen Van Sinh, Vice Minister of Construction and Pham Khanh Toan, Director General of International Cooperation Department for collaboration and knowledge exchange on the introduction of Building Information Modelling.

While the Programme has so far focussed on these three countries, we hope many more will benefit. We have received interest from other countries and multilaterals around the world looking to join the programme, so we look forward to keeping you updated on any new developments.

In the meantime, find out more about how we work with over 60 different governments around the world on their infrastructure and financing methods.